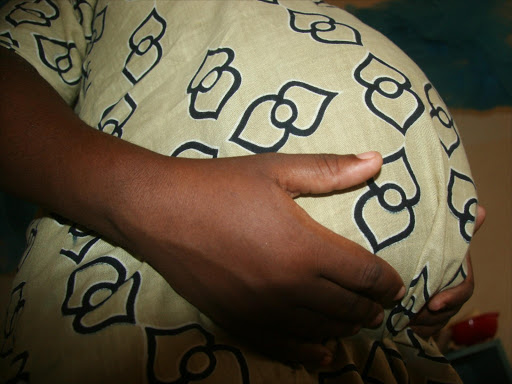 Some 72 KCSE candidates from Kitui are pregnant.

The county has recorded the highest number of pregnancies among students sitting the exam. Another 38 candidates have newborns delivered when the test began on Tuesday.

“It’s sad that it could be the highest in the country,” she told the Star on the phone.

One student will have to resit the exam next year after she delivered through caesarean section.

As the news emerged, boda boda riders have been put on the spot. They have been accused of luring girls with free rides.

In Bomet county, two girls gave birth. In Meru, a candidate sat her exam in hospital after delivering an underweight baby. Two students wrote the exam in health facilities, but it was not immediately clear whether they were pregnant.

During the KCPE exam period that ended on Thursday last week, about 30 candidates countrywide sat their exam in hospitals after giving birth.

In a report released by the Children’s Affairs department, Kilifi county has reported the highest number of teen pregnancies in the country — 13,624 cases in the past one year.

She said children have been left on their own devices and end up adopting anti-social behaviour such as drug and alcohol abuse.

She said children from poor families are the worst hit.

“They have been found vulnerable due to their low socioeconomic status,” she said.

Politicians have also expressed concern over the high number of children sitting exams in maternity wards. Kesses MP Mishra Swarup called for stiff penalties against men responsible for the pregnancies.

“I’m worried that many young girls this year sat their KCPE examination at the Mother and Baby [section] at Moi Teaching and Referral Hospital,” he said.

In Bomet, Petroleum CAS John Mosonik urged security officers to hunt for those behind the pregnancies.

“We’re warning all those involved that the law will finally catch up with them. We can’t sit [back] and watch as schoolgirls are misused and culprits going scot-free,” he said.

Education sector players must maintain discipline among children so such incidents are tamed, he said.

Meanwhile, school heads have been directed to provide monthly data on the number of pregnant girls.

Disciplinary action will be taken against those who fail to adhere to the new directive issued yesterday by Education PS Belio Kipsang.

The reports will be sent to county education directors. Kipsang told head teachers in Nandi that the ministry had not been supplied with proper information on the number of pregnant learners.

The heads will also explain actions they have taken to curb the problem. Kipsang warned parents against settling defilement cases outside court.

“Police officers and administrators in areas where such cases are reported will be held responsible for abetting sexual assault on schoolgirls,” he said. Last Thursday, Education CS Amina Mohamed ordered quality assurance and standards officers at the ministry to investigate teen pregnancies.

“From the data we will not only get the number of candidates who sat their exams with pregnancies, but also number of those dropping out because of the same,” he said.

Amina said the ministry is working on a new policy to curb pregnancies and it will be rolled out soon.

Estimates from the 2016 assessment by the ministry show that about 10 per cent of girls drop out of school due to pregnancies.