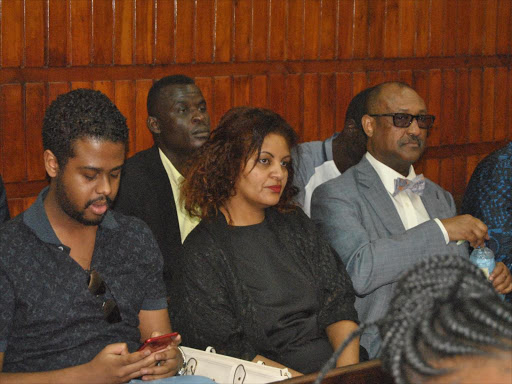 The High court will on Wednesday visit Medina Palms hotel in Watamu where Nairobi businessman Jimmy Baburam was allegedly murdered while on vacation in 2015.

Judge Dora Chepkwony of the Mombasa High court made the ruling on Monday after the prosecution team filed an application seeking a court visit to the scene.

Baburam died under unclear circumstances on July 26, 2015. Reports indicated that he drowned while swimming but his family maintains he was murdered.

Monda told the judge that the hotel management had allowed a visit this week as there were no guests.

Dr Dan Gikonyo, one of the witnesses, testified on Monday saying Baburam was in good health a month before he died under unclear circumstances.

Gikonyo told the court he was not aware whether Baburam died of drug abuse. The hearing continues until September 27.

In the case, Amina Shiraz - Baburam's widow, is accused of killing her husband with an American who later fled. She has denied the charges.

The court is currently taking testimonies from prosecution witnesses. Other witnesses gave their accounts in camera.

Baburam’s stepmother Yadit Tesfay Baburam, Obrien Baburam - a brother of the deceased, a former house help and a security guard had testified in court.