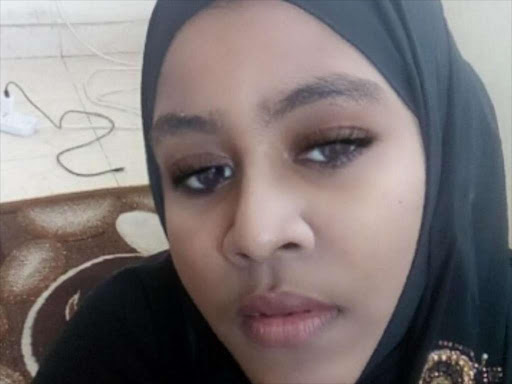 The 20-year-old pregnant woman, who went missing in Mombasa on Thursday, has been found alive in Nairobi.

Saida Abdulrahman was rescued in Nairobi's Majengo slum on Sunday.

She was supposed to board a matatu from Mombasa to Malindi where she was to take a flight to Lamu on Thursday evening.

According to family doctor Suleiman Hussein, Saida was admitted to Radiant hospital in Pangani for examination.

He said at the point she was rescued, though she could not speak, she was walking but bleeding.

"Doctors have confirmed she is stable and out of danger but she has to undergo a scan to ascertain the cause of the bleeding," he said.

"They even took photos of her lying on the floor in a wrapper but we believe that she was still alive by the time they took that photo," Akirima said.

The phone signal was last traced to Gulshan area, less than three kilometres from Saida’s home in Mvita.

"The police, however, told us the call was made from Sawe in Mtito Andei. They then later told us the phone had been traced to Nairobi," Akirima said.

He said Saida had received a call from their mother, who is in Lamu, at around 11am asking her to hurry up so she could receive her at the Manda Airstrip.

"Our sister then boarded a Tuk tuk to Buxton where she was to take a matatu to Malindi. At around 1.30pm, my mum called her again but her phone was off," Akirima said.

Earlier on Saida's mother Khadija Bwanaomar had pleaded with the police to secure the lass' release from the hands of kidnappers.

She said her health has deteriorated since Saida Abdulrahman, 20, went missing on Thursday.

"I have not eaten or slept since then. Please, have mercy on me. I am diabetic and this situation is killing me," Khadija pleaded.