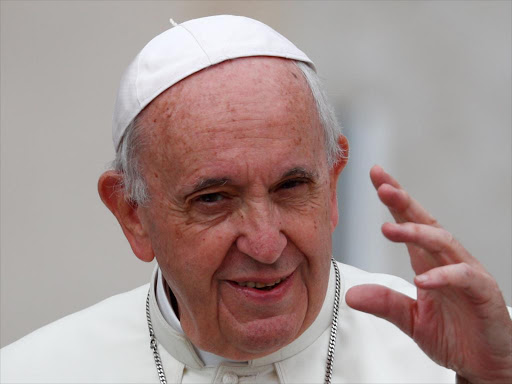 Pope Francis has accepted the resignations of two more bishops in Chile, taking the total to seven

as fallout mounts from widespread sex abuse scandals in the country.

The Vatican said today that the latest to leave their posts were the bishops of San Bartolome de Chillan and of San Felipe. It did not cite any reasons.

The Chillan diocese was one of four raided by Chilean authorities last week in investigations of clergy's sexual abuse of minors and hierarchy's alleged cover-ups.

Reverend Cristian Precht Bañados, 77, to be removed from the priesthood over allegations he sexually abused minors in Chile.

He had already been suspended from priestly duties in 2012 for five years following an investigation into similar allegations.

The country has been embroiled in scandal for some time, with all of

Chile's 34 bishops offering to resign en masse in May in response to Francis' belated efforts to clean house there.

It marked the first known time in history that an entire national bishops conference had offered to resign en masse over a scandal, and laid bare the devastation that the abuse crisis has caused the Catholic Church in Chile and beyond.

Francis had underestimated the pervasiveness of pedophile priests and other church abuse in Chile, but later acknowledged errors in his judgment.

with the archbishop of Concepcion

at the Vatican last Friday, another of the raided dioceses.

The Pope has also summoned representatives of all the world's Catholic bishops to a four-day summit in Rome early next year to discuss how best to protect children and vulnerable adults.

However, many remain unimpressed by the response of the Church, leading the Pope to beg for forgiveness when he visit Ireland three weeks ago.

Just yesterday a press report in the Netherlands implicated more than half of the country’s senior clerics in covering up sexual assault of children between 1945 and 2010.

accepted the resignations of three other bishops on June 11.