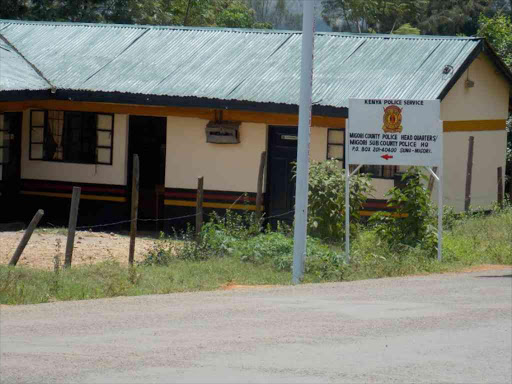 The Migori County police headquarters in Migori town on Monday

Senior police officers in Migori and Homa Bay counties have been left in dark in the investigations of former Rongo University student Sharon Otieno death.

On Wednesday there was confusion in the two counties after it was alleged that Governor Okoth Obado's wife Hellen was to be questioned.

The officers in Migori said they are not directly involved in the probe.

several suspects have been arrested and two have been charged.

On Tuesday, two others were arrested and are expected to be arraigned in a Kisii court on Wednesday.

Obado's bodyguard and the alleged driver of the car that was used to abduct Sharon.

The Director of Criminal Investigations George Kinoti, who was once a CID officer in Migori, has been supervising the probe from Nairobi.

On Wednesday, Migori county boss Joseph Nthenge and DCI director Benedict Kigen were in their offices but

refused to comment on the alleged summons of Obado's wife.

"All investigators report directly to our bosses in Nairobi, we are not involved. We can't comment on anything," Mutua said.