Cyrus Jirongo to be arraigned over Sh20 million debt 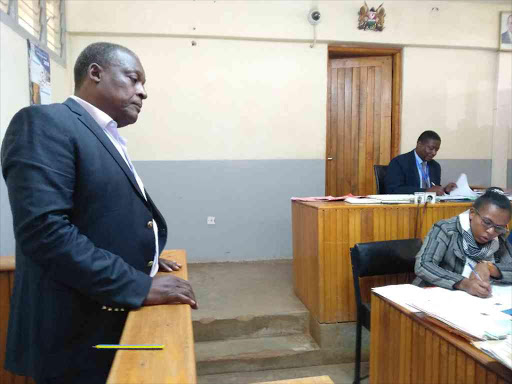 Former Lugari MP Cyrus Jirongo is expected in court this morning following his arrest yesterday for failing to pay a Sh20 million debt owed to a Nairobi businessman.

Jirongo was detained at the Muthangari Police Station over the civil matter.

The Court issued a warrant of arrest against Jirongo in August over the loan balance owed to businessman Brian Yongo.

The deputy registrar, in a letter addressed to Muthangari OCS on August 7, directed police to arrest the former presidential aspirant for reportedly failing to pay the amount.

The registrar further directed Jirongo to pay the expenses including fare and fuel that would be incurred by the executing officers.

Yongo accused Jirongo of failing to pay him the balance of a loan he advanced him.

He allegedly loaned Jirongo Sh25 million between 2014 and 2015 but the former politician has since paid only Sh5 million.

Yongo said the entire loan was to be settled in three instalments.