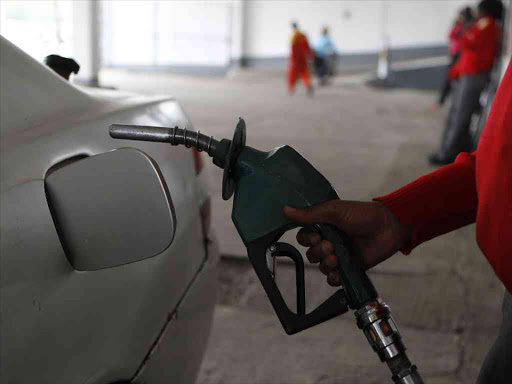 Raila Odinga's son and two ODM legislators have vowed to go against NASA's call to support the 8% Value Added Tax on petroleum products.

On Tuesday, the opposition in a statement, conditionally supported President Uhuru Kenyatta's recommendation slashing the 16 per cent by half.

Raila Junior, through his Twitter handle, called on Kibra MP Kenneth Okoth to ignore the NASA statement and stand with Kenyans.

"Unfortunately as a Kenyan citizen, I am unconvinced by the statement put out by NASA on the VAT on fuel," he said.

"None of the conditions they have put up are measurable and even if they were they are nowhere near closing the deficit on the debt."

Rongo MP Paul Abuor and his Uriri counterpart Mark Nyamita have also rejected the move by the opposition to support the bill.

The two said they have chosen to stand with Kenyans and their conscience in making their decisions.

"I stand with my employers, the people of the great constituency of Rongo. The president’s memo must fail. No VAT on fuel 0%," Abuor posted on Facebook.

Nyamita, in a popular WhatsApp group, said he will not accept the change by Kenyatta.

"Great people on this debate on VAT allow me to stand with my conscience - I WILL VOTE TO REJECT THE MEMO.... so help me God!," Nyamita posted.

The leaders reaction have sparked debate on who actually advised Raila to whip NASA legislators to accept the offer to side with Uhuru.

On Tuesday, the debate on fuel levy failed to kick off after Speaker Justin Muturi turned down attempts by a section of MPs to have the issue put to vote.

The Speaker insisted that the order of business clearly states that the president’s reservations and the report of the Budget and Appropriations committee on the supplementary estimates for 2018/19 financial year will be held on Thursday.

Earlier, NASA in a press statement termed over borrowing of commercial loans and serious crackdown on corruption as conditions to offer their support for the change.

The coalition wants all public expenditure to be economical further urging the government to be sensitive about the harsh financial times faced by majority of Kenyans.

"We don’t want to hear of people traveling First Class on public funds because of 'medical conditions'," Minority whip Junet Mohamed said in a statement.

Post a comment
WATCH: The latest videos from the Star
by MANUEL ODENY @ManuelOdeny
News
18 September 2018 - 18:00
Read The E-Paper