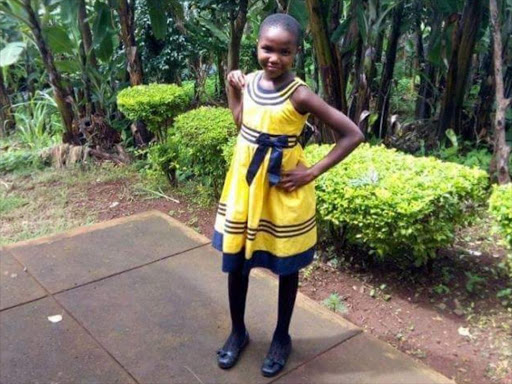 In a condolence message on Monday, he condemned the circumstances under which 9-year-old Maribel Kapolon died.

Maribel's body was found dumped in a thicket in Meru on Sunday night. The pupil of Consolata primary school was kidnapped on her way home on September 6.

"On behalf of my family, the entire Judiciary and on my own behalf, I wish to express our deepest condolences and heartfelt sympathy to you and the rest of your family," Maraga told Kemei in his message.

The Supreme Court president further assured the family that efforts are underway to punish the girl's killers.

"The Interior Cabinet Secretary and Director of Criminal Investigations have assured me that everything is being done to bring them to book," he added.

The Githongo law court magistrate's case is not the first time where the life of a Judiciary officer has been in danger.

In December 2017, Maraga called upon the Inspector General Joseph Boinnet to beef up court official's security.

This followed after Kwale chief magistrate Doreen Mulekyo was carjacked.

The Law Society of Kenya, in a separate statement, asked the government to beef the security of judicial officers, more so, magistrates owing to their nature of work.

"We hereby call on the government to enhance the security of magistrates so that they can discharge their constitutional mandate without the fear of threats to their lives or that of their families," LSK president Allen Gichuhi said.

He asked the DPP to "second seasoned prosecutors to ensure that the culprits of the heinous act are brought to book".

Post a comment
WATCH: The latest videos from the Star
by LILLIAN MUTAVI @LillianMutavi
News
17 September 2018 - 18:00
Read The E-Paper