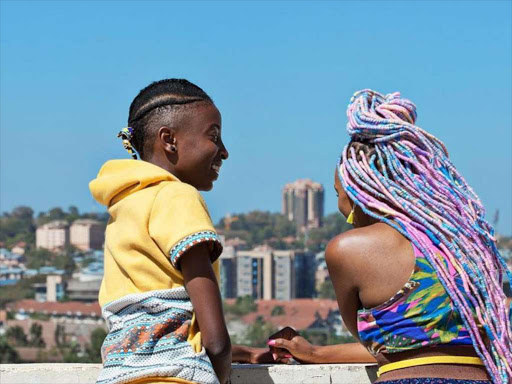 A scene from the film 'Rafiki'/COURTESY

Kenya Film Classification Board CEO Ezekiel Mutua has been directed to file his response in a case in which he has been sued for banning a film titled Rafiki.

High Court Judge Wilfrida Okwany said the matter will be heard inter-parties on Wednesday next week.

The director of the Rafiki film Wanuri Kahiu wants the court to issue an order suspending the decision to ban the film, in order to have it submitted as Kenya’s entry to the 2019 Oscars awards.

Rafiki, which means friend in Swahili, tells the story of two young women who fall in love. Kenya Film Classification Board CEO Ezekiel Mutua banned the film in April due to an alleged homosexual theme depicted in its content.

Kahiu, through lawyers Rajab Leteipan and Waikwa Wanyoike, says following the ban she cannot submit the film for review by the Oscars Selection Committee as Kenya’s entry to the Best Foreign Language Film category at the 2019 Oscars. The entries close on September 30.

“The decision to restrict the film was unconstitutional and a violation of my right to freedom of expression, which includes freedom of artistic creativity,” she says.

According to the court documents, Mutua, in a letter dated April 26, notified Kahiu concerning the board’s decision to censor Rafiki.

The board ordered that the film should not be exhibited or distributed, broadcasted or possessed in any form or platform within the country.

“Any exhibition of the said film for public consumption in Kenya will be in violation of Section 16 of the Films and Stage Plays Act, and will attract severe penalties,” read part of the documents.

Kahiu says the Act and guidelines under which the film was banned are a threat to free speech and media freedom.

“As the director, I took lead in the creative elements relating to the making of the motion picture and participated in molding and integrating them into one dramatic and aesthetic whole. I therefore stand to suffer irreparable loss if the film is left out of the 2019 Oscar awards,” she says.

Rafiki premiered at the Cannes film festival, the first Kenyan film to do so. It is adapted from an award-winning short story Jambula Tree by Ugandan writer Monica Arac.