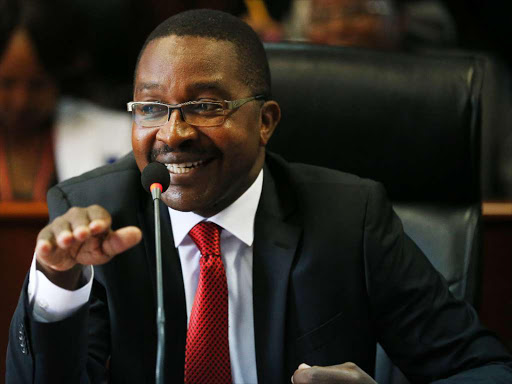 In a suit filed at the Nyeri Employment and Labour Relations court, Justice Byram Ongaya also restrained the governor from implementing a gazette notice in which he appointed Prof Joseph Kimura as chairman.

Ongaya allowed Munga to continue serving as Muwasco’s chairman pending an inter-parties hearing before the vacation duty judge in Nairobi on September 3.

The judge also prohibited Wa Iria and his officers from interfering with the firm’s board of directors or its staff. The Murang’a police boss was directed to assist in the implementation of the order.

The petition presented to court under a certificate of urgency on August 22, names the governor as the only respondent.

Munga had asked the court to issue a restraining order against the Wa Iria.

In a gazette notice published on August 15, Kimura was appointed the interim chairman to replace Munga.

The water firm's employees protested Wa Iria's changes and switched off supply to Murang’a town on Monday and Tuesday.

Residents were forced to fetch water from Murare River, before the supply was reconnected.