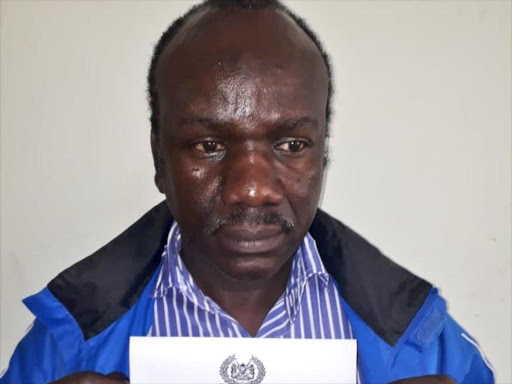 One of the suspects George Kasasi. /COURTESY

have been arrested after presenting fake documents to a complainant whom they had promised to award a tender worth Sh65 Million.

The four men who were arrested on Friday night

to award the tender to the victim for construction of an administration block for a school in Sultan Hamud.

DCI boss George Kinoti said the suspects will be arraigned in court on Monday.

They will be charged

with obtaining money by false pretence.

"The good news is that they were arrested and the DCI requests you to volunteer any information to the Serious Crime Unit based at their Headquarters,"DCI tweeted.

Early in the week, Kinoti said detectives were

looking for two men believed to be conning Nairobi residents off their valuables.

both 40 years of age, are from Eastleigh estate.

They are wanted for obtaining money by false pretences from members of the public.

Post a comment
WATCH: The latest videos from the Star
by NANCY AGUTU @nancyagutu
News
25 August 2018 - 12:00
Read The E-Paper