What's in it for us? Kenyans ask Uhuru on Trump's White House invite 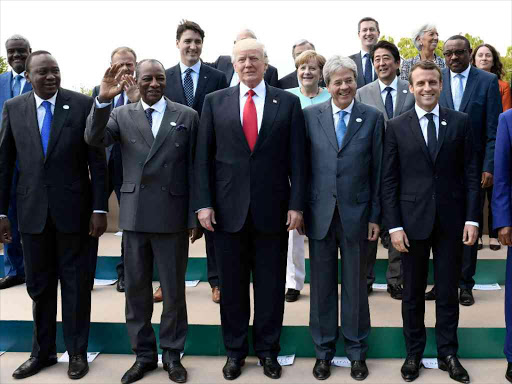 Kenyans expressed mixed feelings after learning that US President Donald Trump invited their leader Uhuru Kenyatta to the White House.

Trump is expected to host Uhuru on August 27 for discussions on matters including trade and security.

Among those who reacted to the news via Twitter was 'Super Sungu' who said the Kenyan President should brace himself for "one hell of a discussion".

"Thank God we have a diplomatic President who also happens to be good in PR," Sungu said in apparent reference to Trump's fiery nature as reported by international media.

Len Korir wondered why the invitation did not make it to mainstream media while Berny asked how citizens will be affected since they "haven't benefited so far from Uhuru's government".

A user with the handle '@MKJohn25' said: "If I were Uhuru, I would turn down this invitation until attacks on [former US] President [Barack] Obama and blacks in general ends."

African Presidents who have visited the White House under Trump.

Amos Mwangi asked why the invitation was not from Uhuru "so Kenya can continue importing mitumba (second hand clothes)?"

Rwanda's right to export clothing duty-free to the United States over Kigali's decision to increase tariffs on imports of used clothing and footwear.

The move, initially threatened in March and confirmed on July 30, was seen by many in Washington and Africa as foreshadowing how the Trump administration planned to apply its 'America First' trade ideology on the continent.

Elijah Arek added that the power of the handshake was in play but one Nyasirwa said the visit will be inconsequential.

"He will come empty handed - he can visit every month if he wishes to but if he doesn't tame corruption nothing will be forthcoming."

Trump pledged to support Kenya's unity and peace initiative marked by the handshake by Uhuru and Opposition chief Raila Odinga.

Raila, who is ODM leader and a principal of the NASA coalition, announced this after a meeting with ambassador Robert Godec.

White House visit will be a good indicator of how important Kenya is to the US.

Uhuru Kenyatta to read Trump's book titled 'The Art of the Deal' before travelling.

The press statement from the White House noted that Kenya is a vital partner of the United States.