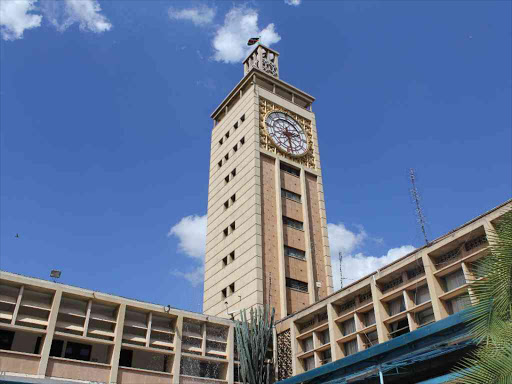 The Committee to Protect Journalists has called upon MPs to stop harassing journalists and allow them report on the legislature without fear of reprisals.

This followed the summonses to two People Daily reporters over an article published on July 30 which highlighted claims of bribery in the August House.

Dinah Ondari and Anthony Mwangi were criticised during a parliamentary session and were threatened with being barred from covering parliament.

They were also summoned by the Powers and Privileges Committee alonside Ken Bosire, the newspaper's managing editor.

The publication alleged that members of parliament were taking and soliciting bribes from organisations and individuals under investigation.

"If members of the Kenyan parliament are serious about fighting corruption, then attempts to intimidate journalists into silence must be abandoned immediately," Muthoki Mumo, CPJ sub-Saharan Africa representative, said.

"We urge the parliamentarians to stop trying to intimidate Dinah Ondari, Anthony Mwangi, and their colleagues with threats and instead allow them to freely do their work of covering the legislature," she added.

On July 31, MP Robert Pukose of the Jubilee Party accused the People Daily of committing an "affront" to the Assembly and said its reporting was a blanket condemnation of MPs.

According to the Hansard report, Pukose asked Speaker Justin Muturi to "take action" against the People Daily and have the newspaper investigated by a parliamentary committee in relation to its reporting.

Pukose's calls were backed by other MPs including Majority Leader Aden Duale and Minority Leader John Mbadi, according to the Hansard.

In response, Muturi directed the house's Powers and Privileges Committee to investigate these claims.

Muturi said that no decision would be made to ban the journalists or the media house "until such time as the committee will make a recommendation one way or other."

says they have a letter where the National Assembly clerk on August 1 invited Peter Opondo, the editor-in-chief of Mediamax, the People Daily's parent company, to appear the next day to "assist" with "investigations" into allegations of misconduct in the house.

A team of five Mediamax employees, including Bosire and Mwangi, appeared in front of the committee as directed.

The editor said they were granted 10 days to prepare a submission for the Powers and Privileges Committee, CPJ says in its report on the matter.

Muturi said that the journalists would not be required to reveal their sources during the hearings.