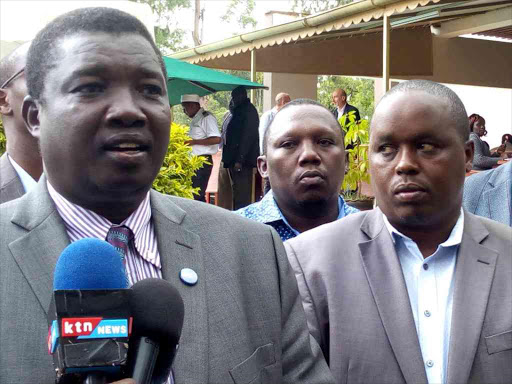 The NLC has begun acquiring more than 8,000 acres of land for construction of the Sh66 billion Arror and Kimwarer hydropower dams in Elgeyo Marakwet.

Chairman Muhammed Swazuri said on Wednesday that Sh6.3 billion will be used to buy for the people's resettlement and the compensation of at least 800 families.

Swazuri asked residents to be on the lookout for brokers out to dupe them.

“As usual with such projects, brokers try to benefit. They have no role in the entire process. Only the NLC and KVDA are in charge," he said during a meeting with KVDA officials led by CEO David Kimosop.

Swazuri said procedures will be followed and that all displaced families will start over at settlements in places including Trans Nzoia and Uasin Gishu counties.

Kimosop said they were working with communities and leaders in the region to ensure the project take off smoothly.

He said the groundbreaking ceremony will take place in September and that the aim is for construction to take a shorter time than expected.

For the last three weeks, 17

engineers from Europe have been doing ground work for the construction of the dams.

He announced that a down payment of 41 million Euros (Sh4.9 billion, which is 15 percent of the total cost, had been made for the design of Arror dam.

“Construction work is expected to commence around September or October after the detailed design plan is carried out,” said Mr Kimosop.

Kimosop further said that 400 hectares of forest land will be acquired from the Kenya Forest Service (KFS) in exchange for 570 hectares of private land.

The project is the result of a joint venture by KVDA, CMC di Ravena and Itenera of Italy. It will see the addition of 60 MW of electricity to the national grid.

Post a comment
WATCH: The latest videos from the Star
by MATHEWS NDANYI @ndanyi_mathews
News
27 June 2018 - 15:00
Read The E-Paper