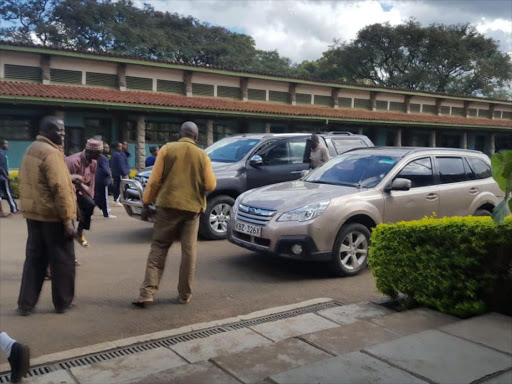 Knut has called for the review of the Safety Standards Manual for Schools to protect learners, especially in boarding schools.

The call came amid heavy condemnation over the alleged defilement of a student at Moi Girls' School Nairobi and the assault of two others by unknown assailants on Sunday.

“More so, it should be made mandatory for all boarding schools to have security features like CCTV, trained personnel, secured perimeters, routine checks, alarm bells, emergency exits, and more importantly, regular security briefings to students where necessary,” Sossion said in a letter to Education CS Amina Mohamed.

The concerns came after detectives ordered male teachers and non-teaching staff at the school to take DNA tests for the sake of investigations.

Investigators believe the crime may have been committed by insiders.

Sossion further called for thorough investigations saying all cases of violence must be dealt with "expeditiously and without mercy" even if staff members are involved.

He, however, advised against rushed conclusions or investigations as the principals and teachers could be 'sacrificed'.

“There are guidelines for handling such cases, and if followed to the letter, we will get it right," he said in the letter dated June 4.

Sossion said recent incidents of rape, sodomy, arson and unrest show that all is not well in boarding schools.

“These incidents may have come out but there could be similar or even worse cases that have not been reported,” he said.

Sossion called on school boards of management to vet security guards saying most of them are not professionally trained.

The Knut boss also asked the Education ministry to urgently implement recommendations on school safety, that were

by the task force led by

The recommendations were ordered by the then Education CS Fred Matiang’i and his Interior counterpart the late Joseph Nkaissery.

The team recommended the vetting of guards and hiring of professional ones for boarding schools, following

a spate of arson cases in dozens of schools across the country.