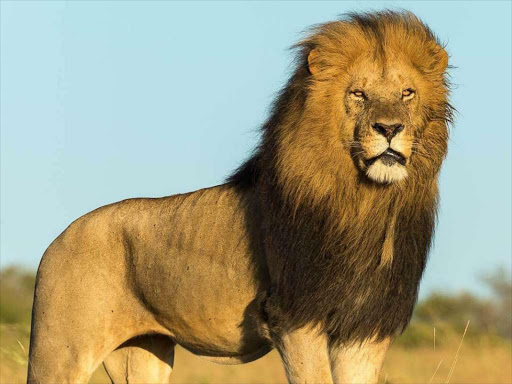 An iconic African lion was found dead on Saturday morning after getting injured several months ago.

on the plains of the Maasai Mara.

He severely hurt his front leg months ago so he could neither keep up with his pride nor eat properly.

Lipstick did not show up for kills by the pride in the last weeks, a sign that he was weak.

"What a great male lion Lipstick was. He lived a long and successful life of a true wild male lion. His legacy will live on. You will be missed, big boy," he wrote.

Lipstick will be remembered as a lion that carved his own part of history in the Mara.

was spotted early in 2007 with three others, who were likely his brothers, under a tree in the southern part of the Mara Triangle.

He was about two years old and had probably been ousted from a nearby pride.

"He was stronger and fitter and was slowly gaining more experience. He and his partners were ready to start forging their own lineage through the Mara and so they did over the years that followed."

They were named the 4KM coalition due to an area in the Mara Triangle they they frequented.

This was also the time that Lipstick was named.

"To be honest, [it is] not a moment we are proud of but a rather funny tale of when we nicknamed him this in a blog due to the mark on his chin that made him look like he was wearing lipstick," Safari Talk says.

Lipstick thrived despite the existence of another pride - The Notch Coalition - in the triangle.

Safari Talk said: "[He lived] a tough life as he and his remaining partner, Blackie, fought to control their domain in the Mara, despite the rise of new coalitions. [They had] success in siring many cubs and continuing a strong lineage of genes that will leave a lasting legacy in the Mara."

Post a comment
WATCH: The latest videos from the Star
by By PATRICK VIDIJA @vidijapatrick
News
20 May 2018 - 15:00
Read The E-Paper