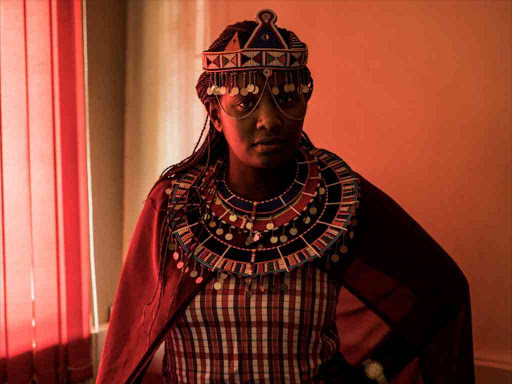 Kenya anti-FGM activitist nice Nailantei who has been recognised by Time magazine as one of the most influential people in the world. /COURTESY

Kenyan anti-FGM activist Nice Nailantei is in Time's 2018 list of 100 most influential people in the world.

Nailantei was recognised on Thursday night

for working with members of the Maasai community to end Female Genital Mutilation.

She is a project officer with Amref Health Africa who has saved an estimated 15,000 girls around Kenya from the cut, as well as from child marriage.

“As a Maasai child in Kenya, [Nailantei]

She was in the forefront of negotiations with village elders, who traditionally have not worked with women, and convinced them that alternative coming-of-age ceremonies will be healthier for girls and better for communities.

"[She] is transforming social norms and practices so they can become the women they want to be," Gitahi said. "I have the privilege of knowing [Nailantei]

and seeing how she is improving the lives of girls every day."

The activist was only eight years old when she ran away from her home to avoid circumcision, a practice that was common for those in the village of Noomayianat, where she grew up.

She endured beatings but still refused to undergo the cut. The child eventually convinced her grandfather, a Maasai elder, to allow her not to skip the illegal rite of passage so she could continue going to school.

FGM is directly linked to child marriage and lack of education for girls.

Regarding the activist, Jaha Dukureh, the CEO and founder of Safe Hands for Girls, said: "After the loss of her parents,

could have given up and followed the norm, knowing that challenging attitudes in male-dominated communities can get you cast out.

"But instead, she fought to get an education so she could help change the socio­cultural structures that continue to impede women’s lives and well-being," Dukureh said .

"That approach has earned her admiration and respect.