As drought saps hydropower, steam may keep Kenya boiling along 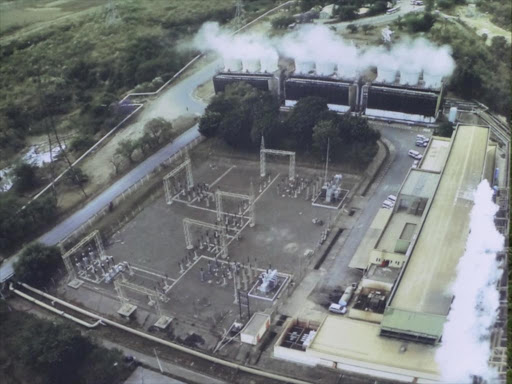 Kenyans awoke to news that has become an annual ritual: Authorities were considering temporarily shutting down hydropower dams, the country’s largest source of electricity.

The reason was the one given each dry season for the last four years – too long without rain had left too little water in reservoirs to turn the turbines and generate power.

Power, the national electricity utility, has so far always managed to avoid a full shutdown, instead turning off just a few turbines at a time. But to make up the gap it has turned to more expensive – and polluting – diesel generators to keep the country plugged in.

Now, however, another clean source of power may help fill the gap: Geothermal power.

Over more than a decade,

has invested over $1 billion in tapping the country’s underground steam, including a $400 million loan from Japan to develop geothermal wells that are expected to come online in 2019 with 140 megawatts (MW) of new power.

Africa’s largest geothermal producer, and the eighth largest in the world, according to the country’s Energy Regulatory Commission.

With new green power being added from geothermal, solar and wind energy, hydropower now accounts for just 45 percent of the country’s energy mix, down from around 60 percent a decade ago, according to Energy Principal Secretary Joseph Njoroge.

That has helped shore up power supplies and hold the line on prices, said Isaac Kiva, the renewable energy secretary in the energy ministry.

has tapped less than 10 percent of the geothermal energy it would like to. Experts say that reserves of steam inKenya’s Rift Valley region could generate up 10,000 MW, double the target set by the government’s Vision 2030 development plan.

Geothermal could help many countries in East Africa tap into more sustainable, reliable and clean energy in a region that is facing worsening droughts linked to climate change and strained hydropower production.

The East Africa region is estimated to have a geothermal potential of more than 22,000 MW of electricity, according to the African Rift Geothermal Development Facility (ARGeo), a project of the United Nations Environment Programme.

and Ethiopia lead in terms of geothermal potential, with 10,000 MW each. The next highest-ranked countries, Djibouti, Tanzania and Uganda, range from 1,000 MW to 450 MW, according to ARGeo figures.

Geothermal could generate nearly half of Tanzania’s current installed electricity capacity, more than half of Uganda’s, and more than double Ethiopia's, the project noted.

Exploring for and developing geothermal energy has high initial costs – a problem shared by many renewable energy technologies.

But, once in place, “geothermal provides for a cheap source of energy to many countries”, said Adnan Amin, head of the International Renewable Energy Agency, in an interview with the Thomson Reuters Foundation.

had seen an overall drop of 30 percent in electricity tariffs in the last few years, despite hydropower shortages.

Costs as high as $5 million to drill a single geothermal exploration well can deter countries from investing, Amin said. But improving technology – and better investment models – should help cut the cost in the future, he said.

Kenya, for instance, government investment in geothermal exploration and test drilling – combined with offers to buy geothermal power at attractive rates – has made it easier and less risky for private investors to step in, Amin said.

Joseph Kabyemera, head of the African Development Bank’s Climate Development Fund, said countries could speed up adding geothermal power to their energy mix by tapping into things like the Geothermal Risk Mitigation Fund for East Africa.

The facility, established by the African Union, aims to encourage government and private investment in geothermal power by providing grants for studies to find the best well locations and test drilling.