13 Kenyan MPs being treated in India for cancer 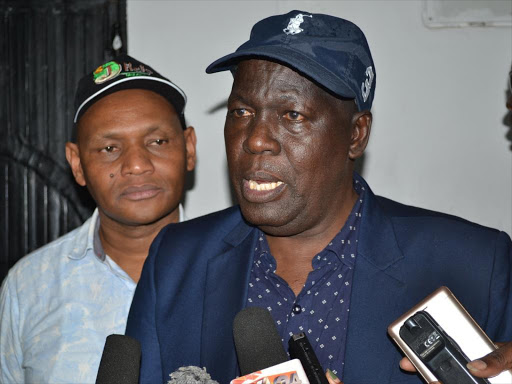 Nine MPs and four Senators are among thousands of Kenyans being treated for cancer in Indian hospitals, a legislator who was successfully treated for brain cancer says.

The identity of the MPs cannot be revealed but most of them are booked at Apollo Hospital outlets in New Delhi and other cities in the country.

He interacted with senior Kenyan government officials and well-known businessmen being treated for cancer in India.

Waititu said most of the public figures are suffering secretly and cannot seek treatment in Kenya, partly because of the stigma associated with advanced chronic diseases.

“So many people are suffering in silence from cancer. Nobody wants to talk about it because of the stigma behind it. In India, I met hundreds of cancer patients from Kenya alone. Among them were nine of my fellow MPs and four Senators. The cancer scourge is enormous and we can no longer afford to bury our heads in the sand. We must get out and talk about it,” he said.

Approximately 10,000 Kenyans travel abroad every year in search of treatment and end up spending at least Sh10 billion in the same period, according to the ministry of Health.

Waititu also disclosed thousands of Kenyans who were taken to India for treatment, and their caregivers, are sleeping in the streets after running out of money.

He met many of them because there is an existing network of sick Kenyans in India.

“Those people you have been helping in fundraising to go for further treatment in India cannot find anywhere to lay down their heads . . . they are sleeping in trenches because they cannot afford renting the expensive houses in India,” said Waititu.

“I personally spent Sh1.8 million on housing alone for the period I was there. How many Kenyans can afford that?” He said.

Yesterday, West FM journalist Dennis Omondi, who is admitted at an Indian hospital with leukemia, appealed for help, saying treatment was stopped a week ago after he run out of money.

“I come to you again Mr President @Ukenyatta and your deputy @WilliamRuto help me raise Ksh6.5m. For nine days I have not received medication, this may complicate everything,” he said.

About 40,000 Kenyans are diagnosed with cancer annually, and the disease kills about 15,000 people every year, according to the Kenya National Bureau of Statistics.

The Juja MP also said there was a need for prominent Kenyans to declare their cancer status to fight stigma.

“If they could have come out openly like myself, a solution would have been realised so far,” he said.

A 2015 survey by the ministry of Health found that 40 per cent of Kenyans who travelled overseas for treatment had renal (kidney) diseases.

The patients said they chose to go abroad because of lack of enough specialists and specialised medical equipment, long waiting periods, especially for cancer treatment and kidney transplants, and the high cost of treatment in Kenya.

Mary Wangai, from the Standards and Quality Assurance department at the ministry of Health, said patients seeking treatment outside the country currently require approval from the government.

They fill out a form with their details and give valid reasons for seeking treatment out of the country.

"If the patient states they are going to undergo, for instance, a caesarian section in India, we decline because we have so many hospitals in the country offering that type of service," Wangai said.

"Others apply for normal visas, which makes it harder for the government to establish the number of people travelling outside for medical purposes.”

“The remaining 25 per cent would be patients needing specialised surgery or bone-marrow transplants,” he said.

Makumi said PET scans would also be available in Kenya mid-this year, which could slow down the exodus to India.

Makumi said, currently, many poor Kenyans are unnecessarily referred to India by doctors seeking kickbacks and the mushrooming medical travel agencies in Nairobi.

MP Waititu said some of the patients also told him the deplorable conditions and long wait times at the Kenyatta National Hospital discouraged them.

The average wait time at KNH before treatment begins is three months.

He warned the KNH administration that he would fight tooth and nail until they streamlined their operations, especially in regards to the diagnosing and treatment of cancer patients.

Waititu also said a local businessman had donated 50 acres of land near the Mang’u High School where the MP would spearhead building of a cancer centre.

The centre would be a partnership between the Government of Kenya, the County Government of Kiambu, doctors from India and the local private businesspeople.

“I am happy to announce that someone has donated a piece of land along the Thika Superhighway that will be used to put up the facility. The President has promised to accord us with all the necessary support. The Indian Prime Minister has also promised to provide us with doctors too,” he said.

A recent World Bank feasibility study shows that the establishment of a functioning cancer screening and treatment centre in Kenya would cost between Sh1.5 and Sh2 billion.

Thika MP Patrick Wainaina, who accompanied Waititu, said screening for cancer, diabetes and other related diseases should be made free.

Wainaina said MPs should set aside a kitty from the CDF to support their constituents to pay for NHIF, saying the monthly Sh500 premium was not affordable to many people.

Post a comment
WATCH: The latest videos from the Star
by JAMES WAINAINA AND JOHN MUCHANGI
News
19 March 2018 - 08:00
Read The E-Paper