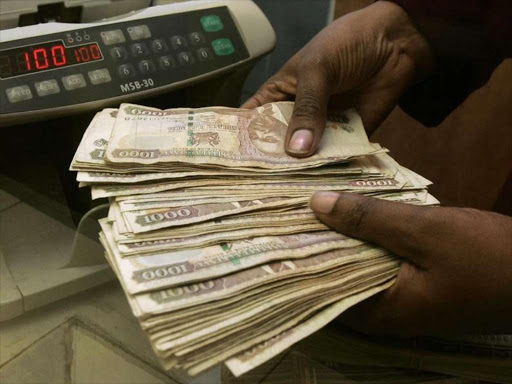 half a billion shillings, a new report suggests.

Knight Frank Wealth Report, 2018 indicates the number of people worth more than half a billion shillings

The number of Kenya’s dollar millionaires is expected to grow by 60.5 per cent over the next

Knight Frank notes this will be the second fastest growth rate in Africa behind Nigeria’s 74 per cent to 6,500

The report noted that the continent had a total of 22,970 individuals in the Sh506 million-plus

a seven per cent increase

The continent had a total of 1,190 individuals worth at least Sh5 billion, holding total wealth

Uganda which had less than 100.

POLITICS AMONG FACTORS AT PLAY

increased in the 12 months to December, with a similar percentage saying it decreased.

The majority of respondents - 67 per cent - attributed the impact of their clients’ wealth in the year to political conditions.

have in the future economic performance of the country.”

The Attitudes Survey collated responses of 500 of the world’s leading private bankers and wealth advisers.

According to the report, the top sectors generating wealth for Kenyans are retail businesses (18 per cent);

finance, banking and investment (18 per cent); industrial businesses (eight per cent) and manufacturing (six per cent).

Majority of Kenya’s affluent (56 per cent) are self-made. Five

per cent inherited their wealth

while 39 per cent got inheritances but also have their own enterprises.

consistently showed that passing wealth to the next generation remains a major concern for the wealthy globally.

"Fear that their children will fritter their inheritance away,

the worry that passing on too soon will dampen their offspring’s entrepreneurial spirit, or simply

concerns about how to treat siblings fairly all weigh on their minds," Editor Andrew Shirley said.

The report notes that most Kenyan HNWIs have yet to put robust succession plans in place, with only 40 per cent of respondents to

the Attitdes Survey in the affirmative.

This is the lowest percentage of succession preparedness worldwide,

wealth advisers are putting so much effort into helping their clients with succession planning,” the report states.

On education, 49 per cent of the respondents from Kenya said their clients send their children overseas for education.

The majority of wealth advisers - 67 per cent - expect this percentage to increase.

of Kenyan HNWIs already have a second passport or dual nationality,

which is lower than the global score of 34 per cent and Africa's 28 per cent.

Only 16 per cent are considering acquiring second

passports or dual nationalities but this is still lower than the Africa average of 27 per cent and the globe's 29 per cent.

The low percentage is because of the fact that

Kenyan HNWIs do not intend to emigrate permanently to

other countries - only six per cent of wealth advisers affirmed this compared to the 21 per cent globally and the 19 per cent in Africa.

reflects well on their confidence in the country’s economic future.

per cent). Five per cent are considering

France, Germany, India, Netherlands and Sweden while at least three per cent

in Africa would consider emigrating to Kenya.

On philanthropy, Kenyan HNWIs are most likely to support causes in education and environmental issues (50 per cent),

job creation and training (39 per cent), disaster and relief emergencies (28 per cent), social issues such as equality and human rights () and

healthcare and disease control (17 per cent).

Education is the top preference globally at 54 per cent. It took a share of 58 per cent in Africa.

The survey found that 83 per cent of wealth managers