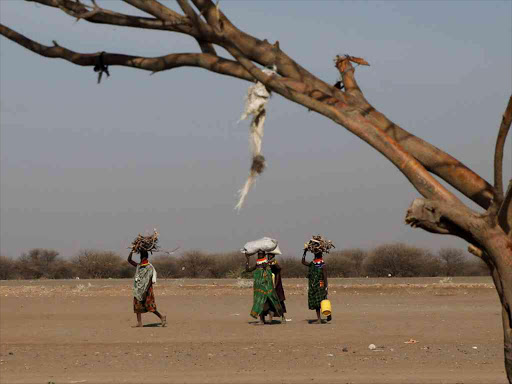 At least 3.4 million Kenyans are facing starvation, the most at risk counties being Isiolo, Kilifi, Turkana, Wajir and Tana River.

"After the long and short rains failed last year, many counties were hit by persistent famine and drought," he said.

Gullet announced that on Thursday, Red Cross will launch a

"The government must invest heavily in long term food security

in dry areas and emphasise irrigation," he said.

He spoke when he paid Nyeri Governor Mutahi Kahiga a courtesy call at his office.

The Governor is the Kenya Red Cross Society patron for his county.

“We are committed to working together with Nyeri on matters of disaster management, health, water and food security,”Gullet said.

Kahiga noted his government has a disaster management policy and that every sub-county will have a fire engine as two more will be bought soon.

"A Chief Fire Officer will be hired and staff will undergo training. More ambulances will also be bought," he said.