We spent less than a million on hospitality, not Sh27.8m - KNCHR 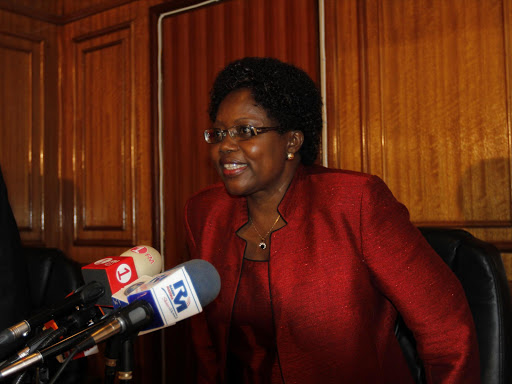 KNCHR says it spent less than Sh1 million on hospitality within three months late last year, not the Sh27.8 million reported on Friday.

Kenya National Commission on Human Rights, which is state-funded, noted the figure was inaccurate. It said the amount reportedly used for guests' refreshments was lifted from the National Lands Commission's figures.

“KNCHR used Sh954,910 during the First Quarter of the 2017-18 financial year for hospitality," head of communications Dominic Kabiru told the Star on Friday.

"We submitted our Financial Performance Report for the quarter under review to the office of the Controller of Budget."

Controller of Budget Agnes Odhiambo, in her latest report seen by the Star, estimates the commission's figure was Sh1 million.

The report shows NLC, whose chair is Muhammad Swazuri, spent Sh27.8 million on refreshment for guests and conferences.

It reveals that government agencies and independent commissions spent Sh1.2 billion on hospitality and conferences between July and September 2017.

Odhiambo states that Sh647 million of the sum was used for beverages while Sh590 million was for conference facilities.

The Controller of Budget, however, points out that the Sh1.2 billion spending for the recent first quarter declined from the Sh1.4 billion during the same period quarter in 2016-17 financial year.