US firm to work on Nairobi-Mombasa expressway from end year 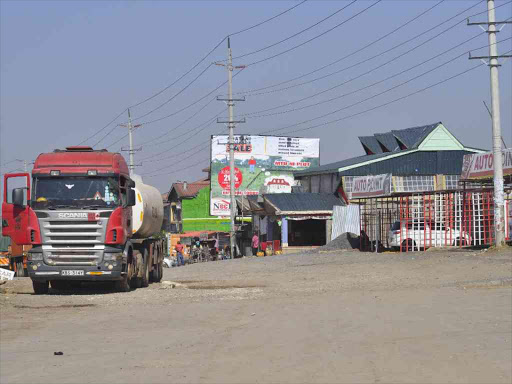 Shops along Mombasa Road in Athi River town, which will be brought down by the Kenya National Highways Authority, to pave way for the construction of dual carriageway, January 28, 2018. /Kurgat Marindany

The construction of the much anticipated Nairobi-Mombasa expressway will begin towards the end of the year, KeNHA announced on Thursday.

The project for the motorway with controlled access is expected to cost Sh230 billion. Bechtel will

employ about 4,000 people and provide training and capacity building.

The road will have four lanes

with provisions for future expansion and

will become a toll road and provide faster transit to support growth and industry.

"This is a completely new road away that will take up a lot of money because farmers whose land will be used will be compensated."

US Export Credit Agencies, including the US Export-Import Bank and the Overseas Private Investment Corporation, are expected to finance the project.

Under the commercial contract, the project will be completed in 10 sections within six years.

The first section, from the Namanga Road junction near Kitengela, will have an interchange near Konza City and a spur road to the Machakos turnoff at Kyumvi. This section is

The project will include the development of a Master Plan for three Special Economic Zones along the alignment, and focus will be on developing business in coordination with the standard gauge railway.

Njogu said: “Everything is at the design stage now and the costs will be known thereafter."

The expanded highway will significantly improve connectivity, efficiency and safety of road transport between the country’s capital and the port city of Mombasa.

Njogu said KeNHA is already expanding sections of the highway ahead of major works.

The 20 km Athi River-Machakos turnoff, which is being undertaken by the China Railway 21st Bureau

Group Company Limited, is is expected to cost Sh5.3 billion, according to Njogu.

The segment is being upgraded into a dual carriageway and will have two bridges.