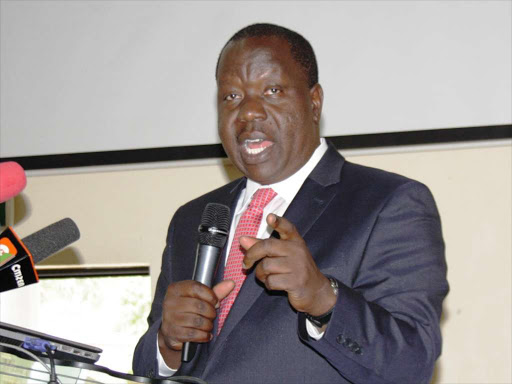 Matiang'i said the reshuffle was done after consultations with President Uhuru Kenyatta.

"Following close consultations with the president, and in the interest of enhancing service delivery and strengthening security, I have made the following deployments and transfers," Matiangi said.

The changes are the first to be effected by the CS

since he took the full charge of the Interior docket.

former Nairobi county commissioner Bernard Leparmarai has been deployed to be the Coast regional coordinator.

Moffat Kangi has been moved from Narok County to Nyanza region while William K Thuka is the new regional commissioner in Nairobi.

Wilson Njenga has been moved to Central while

North Eastern regional coodinator Muhamud Saleh has also been retained in the region.