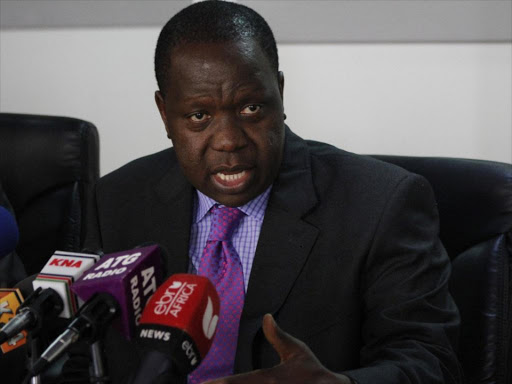 Three television stations will remain off air until the government has completed investigations into the "swearing-in" of Opposition leader Raila Odinga.

Interior cabinet secretary Fred Matiang'i made this announcement during a press conference on Wednesday.

"As a result of what happened yesterday, we have commenced investigations targeting individuals," he said. "Media houses will remain closed until we complete investigations."

The broadcasting signals of NTV, KTN and Citizen were switched off. But Kenyans watched the live coverage on social media and international TV channels.

Citizen TV was the first to be switched off at around 10am followed by NTV. At the time, KTN was still streaming live in Uhuru Park, while on NTV Ken Mijungu was reporting live.