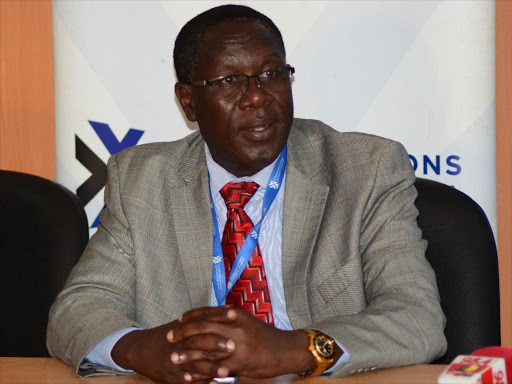 The Employment and Labour Relations Court has lifted the suspension of Director General of Communications Authority Francis Wangusi.

The orders will remain in force until a case he has filed through lawyer Tom Ojienda is heard and determined.

The lawyer told the court that the action by CA’s Board sending Wangusi on compulsory leave was not only illegal but was also made in bad faith.

He accused the board of making the unreasonable move based on matters not related to the CA.

He said the actions by the board were as a result of victimization on other unrelated matters including interference of the running of the authority from the parent ministry.

Further, he argues that the Board wanted to interfere with the operations of the management because of individual private interests, which Wangusi was against.

The lawyer said the court ought to Intervene and reinstate Wangusi adding that as a respected senior government official he was being unreasonably being subjected to public ridicule and emotional and psychological torture.

Wangusi was ordered to leave office by the board to allow an Audit of Human Resources.

"The decision by the board was unprocedural, unlawful, malicious and illegal," he says.

compulsory leave should be handled.

The special board meeting held on January 12, was not a disciplinary meeting calling for any investigations, he says

interfered with the Audit.

He says Wangusi was also not informed of any accusations against him prior to the board’s decision.