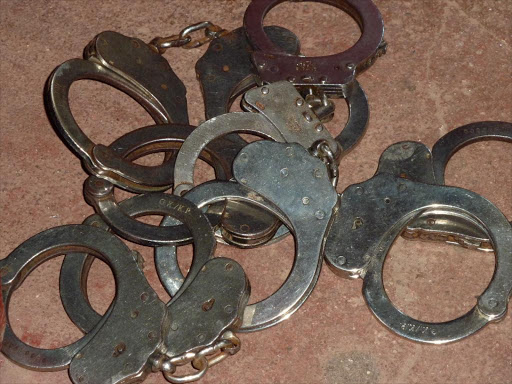 About 40 youths stormed the home of an Ol Kalou assistant chief after claims he defiled a 14-year-old pupil.

Jonah Macharia - was arrested for a similar offence in March 2017, arraigned at a Nakuru court and released on bond.

Mirangine OCPD Thomas Sangut told The Star by phone that his order for Macharia's arrest had not been effected.

The residents took matters into their own hands on Thursday night by invading his home at Rutara village.

It took the efforts of Rutara chief Peter Kimani, village elders and two AP officers from the Rutara chief's camp for the youths to calm down.

Kimani said on phone that the suspect was spotted walking into his home. The group was then mobilised to arrest and take him to the chief's office.

The chief said a resident called him at 9 pm

informing him that youths were baying for his junior's blood.

He called the two police officers and three village elders and together they rushed to the scene.

“We told the young men that demonstrations cannot be done at night and also warned them against destroying private property as it is crime punishable by law," he said

He added: "It seems someone informed him [the assistant chief] of the plan because he disappeared, I’m told he went to his mother’s place in Nakuru."

Kimani said he could not comment on why Macharia had not been arrested as it is the prerogative of the Mirangine police boss.

“What I know is that the government is investigating the matter. Only the OCPD can comment on the progress."

The protesters said they wanted to arrest the suspect and hand him over to police.

“We did not intend to harm him. We, however, want him to leave this village since we can no longer tolerate his behaviour," one said.