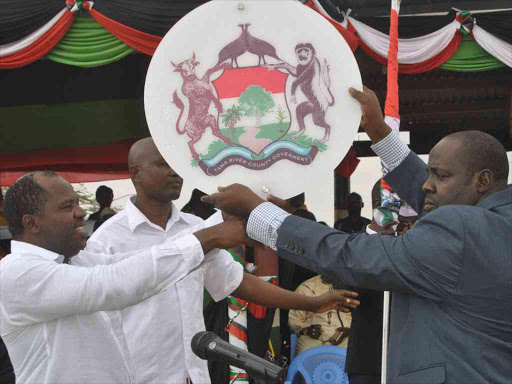 The anti-graft agency is investigating 12

hundreds of millions of shillings.

The EACC is investigating irregular procurement processes in the award of tender number TRCG/030/2016-2017 for the construction of a fence.

"The officials allegedly issued a fictitious contract worth hundreds of millions to construct a perimeter fence for KWS in Garsen for financial year 2016/17," said a senior officer at the county.

Fatuma Zahra is among those being probed.

Other officials who will be interrogated include Mumina Dulo, Halima Mahad, Bonaya Komora and Raymond Gwiyo.

A letter from the Ethics and Anti-Corruption Commission requested county authorities to facilitate the named officers' appearance for questioning.

The county registry received the letter

Governor Dhadho Godhana had raised concerns about serious irregularities and corrupt deals by the former regime.

Noting he inherited a Sh2.1 billion debt from his predecessor, most of which is owed to contractors,

he pledged to take action against the perpetrators.