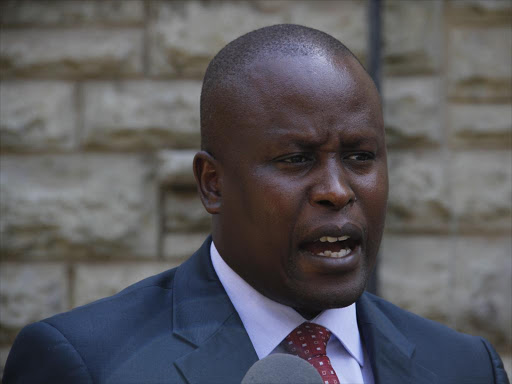 Kieni MP Kanini Kega has announced he is working on a Bill that will compel firms to process local produce before export.

He cited the case of tea, arguing that only 2.5 per cent of the produce is processed locally for export markets.

"We must end the situation where the same products are processed abroad and sold back to us at exorbitant prices."

Kega, who is chairman of the parliamentary committee on trade, noted

ndustrialised countries have grown because they process their products locally.

"We don't want to see our products exported in raw form," he told the Star on phone on Wednesday.

The MP said the move will be in line with President Uhuru Kenyatta's push for innovations that will see more jobs created for Kenyans.

"Boots worn by security officers are usually imported while in essence they can be produced locally considering that hides and skins are readily available."

Speaking separately, Lekorere said a situation like that of Laikipia, where livestock farmers are exploited for hides and skins, must not be allowed to continue.

"The government should consider promoting farmers dealing in crops, livestock and other ventures. That way, we shall promote our economy."

Senator Kinyua proposed the construction of a modern abattoir where animals can be slaughtered and the final products canned.

"Value addition will enable the products trade at good prices. I have consulted Governor Ndiritu Muriithi over the same and we agreed it is the direction to take," the legislator said.

Laikipia is known to produce the best beef.

The senator said that with value addition, even locally produced milk can be processed to cheese or ghee which will be sold at good prices.