Matiang'i to shut down universities 'selling' degrees to politicians 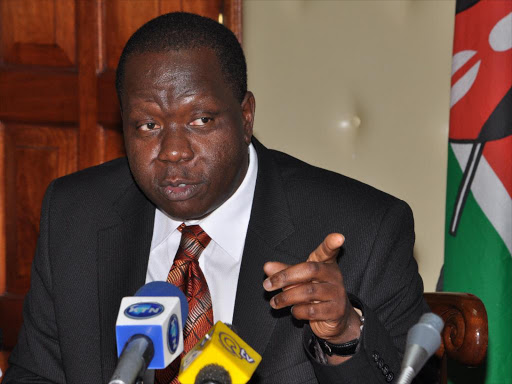 He said the government is planning a major shake-up in higher education, including a crackdown on private universities, from next year.

"I am happy now that councils have began to bite and strip people of their degrees. We would like to see more universities do that together with CUE and the Education ministry. We will take away their letters of interim authority," he said on Monday

during the AMFREF graduation ceremony.

The crackdown will target institutions operating contrary to the statutory provisions guiding the higher education sector.

Among those targeted are those operating on letters of interim authority beyond the statutory period.

any substantive explanation as to why you are not able to move to a fully pledged university,” Matiang’i said.

The letter of interim authority expires in four years, after which institutions are expected to have met standards for advancement.

Among the standards are acquiring at least 50 acres of land, having permanent structures and establishing faculties.

Linturi has moved to court to challenge the matter.

Matiang'i has taken drastic measures in the sector but some have complained, saying there could be trouble ahead.

Post a comment
WATCH: The latest videos from the Star
by LEWIS NYAUNDI @X_nyaundiH
News
11 December 2017 - 12:00
Read The E-Paper