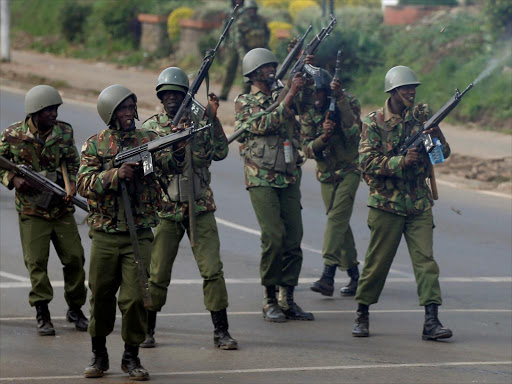 In a statement on Thursday, spokesperson George Kinoti said the five were stoned to death.

"We are however aware that sections of the mobs accompanying the NASA convoy, looted property and five persons were killed by stoning in different incidences," he said.

Reuters photographers had with gunshot wounds sustained in the violence as police tried to disperse Raila's supporters who walked alongside his convoy from the airport.

Njoka said he could not confirm the casualties.

"When the people are so unruly, you expect police to react to use reasonable force to get them out of the way," he told Reuters.

Police have denied claims that during the protests.

"No live ammunition was used by any officer," Kinoti added.

Post a comment
WATCH: The latest videos from the Star
by STAR REPORTER
News
17 November 2017 - 18:00
Read The E-Paper