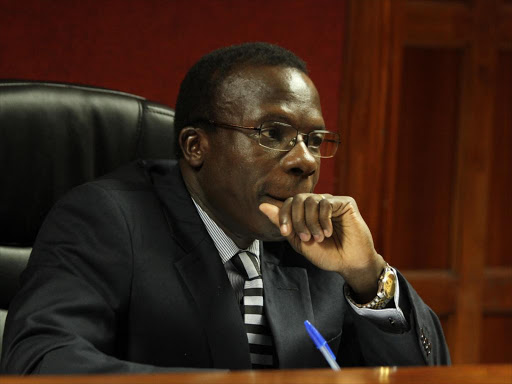 The Court of Appeal has dismissed claims that no appeal was filed on the eve of the repeat election, to set aside a ruling that officials' appointment was illegal.

Registrar Moses Serem confirmed on Thursday that the appeal was filed by Emanuel Wetangula at about 4pm on October 25.

The lawyer who appeared on behalf of the electoral agency paid Sh2,850 before the file was placed before Court of Appeal president Kihara

Kariuki then assigned Justice Erastus Githinji, Martha Koome and Fatuma Sichale to hear the application filed under a certificate of urgency.

The three judges sat in an open court at around 4.30pm and heard the

Odunga had declared that the appointment of returning officers and their deputies was illegal.

The judges each had files and made individuals notes.

Lawyer Apollo Mboya sensationally claimed no appeal was filed, contrary to an order sent to newsrooms a few hours before the repeat poll.

"Was the application filed in the Court

of Appeal to stay justice

decision - NO. Was it heard by three judges-

NO. Are judges from Nairobi - No," the lawyer tweeted.

In another tweet, the lawyer went on to say that contrary to rules, a judge of the appeals court gave final orders staying Odunga's decision and sent it for signing by the other two judges.

The appeals judges who lifted Odunga's

of the view that the decision could render the election irregular before it took place.

The judge noted that such a move would "precipitate another election outside 60 days, in contravention of the provisions of Article 140(3) of the Constitution."

Odunga's decision saying the constitution does not expressly give the courts power to alter election dates.