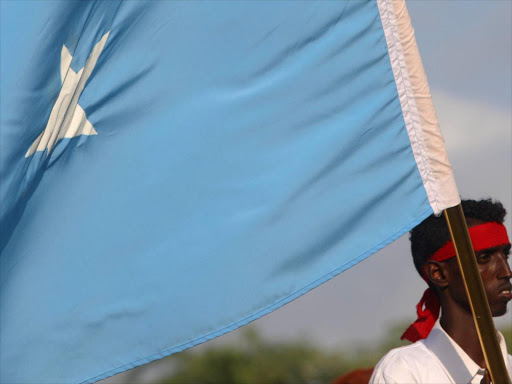 A protester carries the Somali national flag during a demonstration against al Shabaab militant group after last weekend's explosion in KM4 street in the Hodan district at the stadium Koonis in Mogadishu, Somalia October 18, 2017. /REUTERS

The death toll from last Saturday's huge truck bombing in the Somali capital Mogadishu has risen to 358, the information minister says.

Officials have blamed the al Shabaab terrorist group, allied to al Qaeda. But the group has not said it was behind the attack.

The truck exploded at a busy junction, destroying hotels, government offices and restaurants.

However, it is unclear if the junction was the intended target or if the driver detonated the explosives because suspicions about the truck had been raised. It blew up next to an oil tanker, which intensified the blast.

The blast left 228 people injured, of whom 122 had been flown to Turkey, Sudan and Kenya for treatment, Osman said.

Somalia has appealed for blood to treat the wounded.

More than 150 of the victims were burned beyond recognition and were buried by the government on Monday.

Somalis in Mogadishu have demonstrated against al Shabaab following the attack, with many wearing red cloth around their foreheads to show solidarity with the victims.

A 22,000-strong African Union force is in the country trying to help the government recapture territory from al Shabaab, whose fighters are active in much of rural southern Somalia.