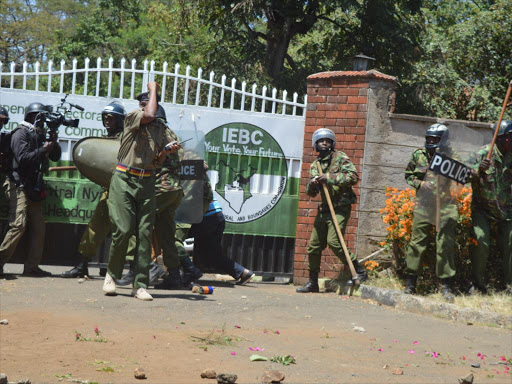 A file photo of police officers outside the IEBC offices in Kisumu before protests by NASA supporters. /FAITH MATETE

The High Court has temporarily lifted a ban on NASA protests in Nairobi, Mombasa and Kisumu.

The matter is set for inter parties hearing on October 25.

NASA leaders on Tuesday to enable them attend to supporters who were injured during confrontations with anti-riot police in previous protests.

In a statement, the coalition announced that the protests will resume on Wednesday in major towns and will target the main city centres in defiance of a government order.

In Kusumu on Monday, a student was shot and killed during protests.