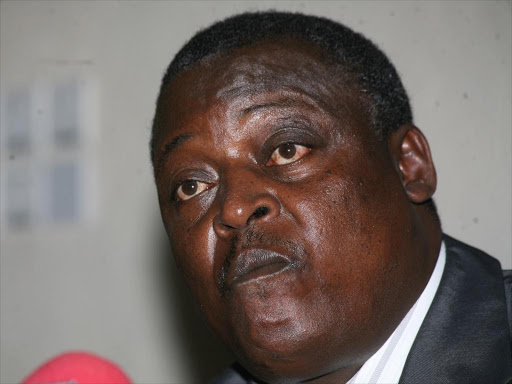 Justice Olga Sewe of the commercial division said on Monday that Jirongo's inability to repay was demonstrated.

The money is to be repaid to businessman Sammy Kogo.

The judge ordered an official receiver be appointed as trustee for Jirongo's estate.

Kogo, through his eight companies, petitioned the court seeking bankruptcy orders against the politician.

Jirongo had secured a loan from National Bank of Kenya using the businessman's properties but failed to repay.

According to court papers, he was to make payments within 180 days from September 12, 2013.

The bank moved in and sold the properties held as security in 2009.

Jirongo entered an agreement to pay Sh700 million, being the value of the properties sold by the bank through a public auction.

He failed to honour the agreement within the stipulated period, causing the appropriator of the properties to institute court proceedings against him.

During the hearing, Jirongo failed to enter an appearance or file a statement of defence and judgement was entered in favour of Kogo.

The bankruptcy order was granted on September 29.

The former Lugari MP is also facing a suit by COTU secretary general Francis Atwoli for alleged non-payment of a Sh110 million debt.

In October last year, Jirongo made an undertaking that he would pay the money Atwoli had given him.

The workers' union boss claims the August 8 presidential candidate failed to pay him and now wants the court to compel the former MP to do so.