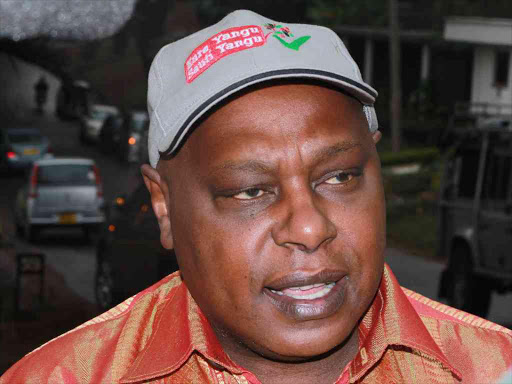 Human rights defenders have condemned Sunday's detention of Maina Kiai, who is former UN Special Rapporteur on the rights to freedom of peaceful assembly.

Kiai, also Kenya Human Rights Commission (KHRC) board member, was stopped from catching his flight at Jomo Kenyatta International Airport (JKIA) to the US.

This was after immigration officers demanded that he gets travel clearance before they could stamp his passport.

He was held for about two hours before but was allowed to travel after Director of Immigration Major-General Gordon Kihalangwa (Rtd) intervened.

Nancy Ng'ang'a, immigration supervisor at the airport, didn't say why Kiai needs clearance yet he isn't a government official.

However, Kihalangwa told the Star that Kiai was not detained but was taken through routine security checks that every traveler is subjected to.

"Kiai was not restricted. It was a normal security check and not meant to demean him or anyone."

"No one has ever written to us to restrict him and he is never on any watch list to be detained or restricted," Kihalangwa said.

"Kiai is a renown personality. He is even known to me. I spoke to him personally before he traveled," he added.

Human Rights lawyer Njonjo Mue termed the incident "disturbing and an attempt by the state to manage its citizens with a fist".

"We are dealing with a regime determined to silence all independent voices, its dictatorship and we back to 1990s," Mue said.

"This is a second time a Kenyan citizen is being detained. We will resist because freedom of movement is not a favour granted to us by the state."

Article 39 of the Constitution guarantees Kenyans freedom of movement, right to leave Kenya and right to either remain in and reside anywhere within the country.

Khelef Khalifa of Muslims for Human Rights (MUHURI) said it was not a coincidence but a deliberate attempt to silence all those voices that speak to power.

He vowed that the civil society movement will stand up against any retrogressive regime just like they did during President Daniel Moi's time.

"I have no doubt the fear of any information in regards to the rigging of elections has prompted the issuance of the alert to perceived enemy of the state."

"Maina is simply within his constitutional threshold in promoting and protecting good governance. We are not going to be intimidated," he said.

Last week, there were attempts by the state to shut down KHRC and AfriCOG in what government termed as failure to comply with statutory obligations.

The events climaxed by failed raid on AfriCOG offices.

"The concerns that these organizations are expressing about electoral malpractices and other violations are legitimate and should be addressed."

Mue on his part called on Kiai take legal action against the respective officers for limiting his rights.

"He should seek legal redress against those who trampled on his rights. If they were acting on orders from above too, they should be held to account."