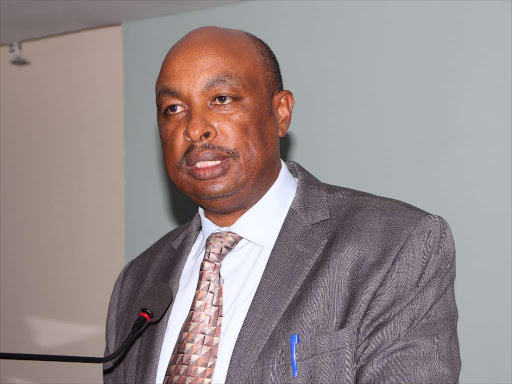 The government yesterday blamed the nurses’ strike on the opposition.

since the strike began.

“My message to the nurses is that whatever it is you are arguing about, don’t fall for the gimmicks of political tricksters, who would deem it worthwhile to cause suffering or even sacrifice human life for temporary causes,” he said.

The strike is led by Kenya National Union of Nurses secretary general Seth Panyako, who is the ODM candidate for Kakamega senator.

KNUN chairman John Bii has opposed the strike, saying negotiations are still going on and appear to be fruitful.

Mediation efforts by Labour CS Phylis Kandie have not borne fruit, but Council of Governors chairman Josphat Nanok said they are making progress.

The nurses went on strike on Monday, demanding registration of the CBA they negotiated with governors.

The CBA gives them Sh40 billion in allowances over four years, but has been rejected by the Salaries and Remuneration Commission as “too expensive”.

In Bomet, more than 400 nurses downed their tools yesterday, joining their colleagues from other counties.

In Baringo, more than 300 nurses have joined the strike. In Meru, branch chairman Mugambi Bakari said they will not take any directions from Bii.

In West Pokot, there were no nurses at the Kapenguria County Referral Hospital.