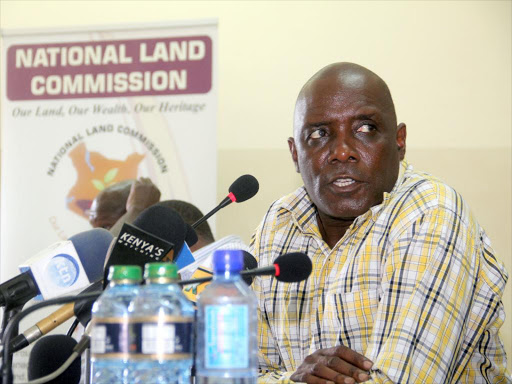 The EACC found Sh17 million at the home of an NLC commissioner during a raid on Thursday.

part of a probe into claims

"The commission recovered Sh17 million from one of the NLC staff during the morning raid," EACC tweeted.

Swazuri was grilled at the EACC headquarters at Integrity centre in Nairobi.

On March 29, the chairman

was sent away from a

after being termed a hostile witness.

The Lands committee declared this after the National Lands Commission boss cited a court order issued by Justice John Mativo.

He told the team that the High Court had temporarily stopped them from hearing Mugo Njeru's petition.

He wants MPs to hold Swazuri liable for decisions made in his capacity as the NLC chairman.

Swazuri asked a court to stop his removal from office over the bribery allegations.

He wants the committee stopped from convening as he believes the team is acting in excess of its powers by purporting to investigate him.