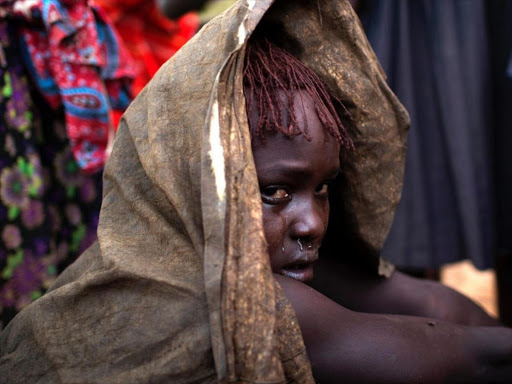 A Pokot girl, during female genital mutilation which involves cutting off the clitoris and external genitalia, then stitching the vagina to reduce a woman's sexual desire. Photo/REUTERS

A US-based NGO has

launched its first humanitarian mission in Nairobi to offer clitoral restorative surgery for victims of FGM.

In a statement on Wednesday, Clitoraid spokesperson Nadine Gary said the mission will take place until May 13. She did not specify locations within the city.

Gary said this is part of many activities planned for May, the month for awareness on the clitoris. This year's International

Dr Marci Bowers, Clitoraid’s gynecological surgeon, will operate on 40 women in Kenya with the help of

“Bowers will restore sexual pleasure for 40 patients," she said. "Those having surgery next week are only a few of the many survivors who have contacted us, desperately seeking to be made whole again.”

that Bowers will also train local surgeons during her stay in the country.

“International spiritual leader Maitreya Clitoraid will provide the surgery that repairs the damage inflicted on its victims,” she added.

The history of Female Genital Mutilation is not well known but the practice dates back at least 2,000 years.

Kenya, which has banned FGM, is widely seen as a leader in efforts to eradicate the internationally condemned practice.

One in five women have been cut in Kenya but the rate is much higher in some communities which believe the ritual is crucial for social acceptance and increasing their daughters' marriage prospects.

Even as the government, through the Anti-FGM Board, intensifies its synergy in fighting the practice (for example, in Garissa county, whose prevalence rate stands at 97 per cent), the myth that FGM is a rite of passage among girls is yet to leave the minds of many residents.

An event in Garissa to mark ‘International Day for Zero Tolerance to FGM' exposed habits that evenly discourage or abet FGM practice across the country.

Globally, an estimated 200 million women and girls have undergone FGM, which usually involves the partial or total removal of the external genitalia.

The ritual is commonly associated with 27 African countries, Yemen, Iraqi Kurdistan and Indonesia.

Campaigners, UN officials and government representatives from around the world met in Rome in February

for a conference on accelerating efforts to end the practice.