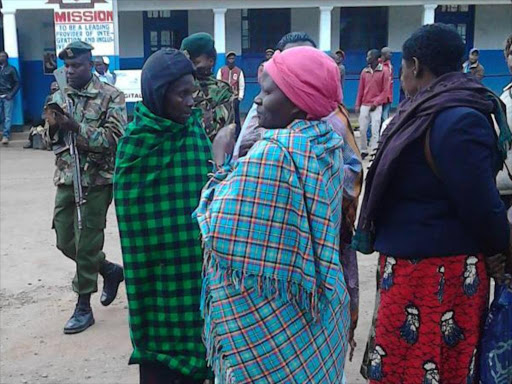 Nairobi residents who already queued for the nominations./COURTESY

ODM has cancelled the nominations in Nairobi after youths stormed a warehouse where ballot papers were stored.

Philip Etale, ODM communications director, said the youths stormed the premises on Monday night complaining that the process would not be free and fair.

tomorrow (Wednesday) will be too soon.

"It is our wish that we finish this exercise as soon as possible, we shall hold the nominations before the end of the week," Etale said.

Etale appealed to aspirants to exercise humility as the exercise will be democratic.

"Whoever will be found culpable will be punished by the party," he said.

The last-minute cancellation has inconvenienced voters who had queued at different polling stations from dawn.

"We are very disappointed. Everybody was ready. Suddenly, we are told at the last minute that the nominations have been cancelled," one said.

On Monday, the board

postponed the primaries that were slated for Kisumu and Siaya.

The polls will be held today, April

Key Raila Odinga allies are fighting out for ODM tickets in the primaries which began in the two counties amid delays in various areas.

Post a comment
WATCH: The latest videos from the Star
by NANCY AGUTU @NancyAgutu
News
25 April 2017 - 09:00
Read The E-Paper