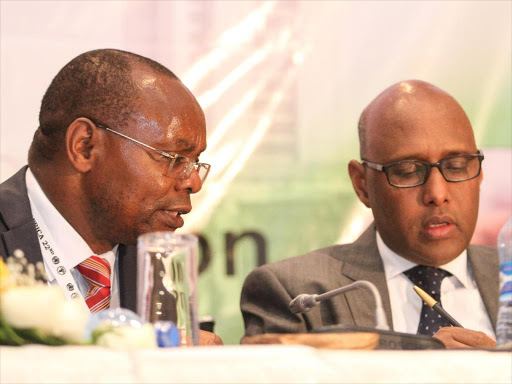 The Kenya Bureau of Standards will cancel licences for companies manufacturing plastic bags ahead of the ban on September 1.

Managing director Charles Ongwae said the Ministry of Environment had given deadlines that will be implemented to the letter.

“The National Environment Management Authority will be implementing the legal notice, but on our part we will withdraw the permits we have issued,” he said.

Addressing the press at a Nakuru hotel, Ongwae said borders will be monitored to enforce the ban.

At the same time, the MD said they had received Sh300 million from the European Union that will be used to upgrade its laboratory facilities.

The fund was part of the Sh1.2 billion granted by the EU to Kebs, the Kenya Plant Health Inspectorate Service and the Directorate of Veterinary Services, he said.

The money to Kebs has already been used to buy state-of-the-art equipment that are currently being installed in Nairobi and Mombasa, Ongwae said.

He said the firm is expanding its testing capabilities, especially in Mombasa through which 90 per cent of imports enter the country.

“We will be moving to a bigger office where the facilities will be installed and this means that testing for goods coming from other countries will be fast and easy,” Ongwae said.

The MD added that the equipment will also reduce the time taken to check the goods so that owners receive them in good time.

“We will in the next two months open a laboratory in Kisumu that will serve the Lake Region and parts of the Rift Valley and later on open another in Eldoret to serve the North Rift,” he said.

Kenya has partnered with other East African Community member states where goods with Kebs standard marks can move freely in their countries without being checked, Ongwae said.

“Our goods can now access EAC markets and we are currently working with our partners to harmonise as many standards as possible,” he said.

Ongwae said that Kebs was established 43 years ago, it had achieved a lot.

“To date, Kebs has developed 8,600 standards targeting various products, and of the number 1,200 have been harmonised within the East Africa Community,” he said.