Kenneth has poor sense of judgement, not best for Nairobi - Kidero 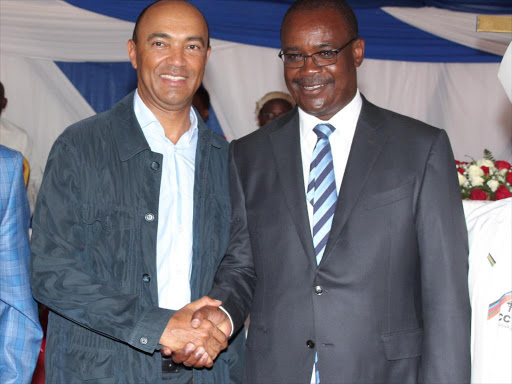 a "poor sense of judgement", incumbent Evans Kidero has said following his criticism.

Kenneth said the administration has failed the city residents but that he was keen on undoing this.

Kidero told him off saying his poor sense of judgment cannot allow him to see projects implemented by the county since 2013.

"Because of [this] he cannot see what we have done," he told the Star in a phone interview on Monday.

The county boss further said those supporting Kenneth's bid for governor are former councilors, some of them now MPs, who have been frustrating the county's efforts to streamline services.

"The people around him are former councilors and we know them. These are the cartels that have been grabbing people's property in Nairobi."

Kidero asked residents to be cautious about Kenneth, a former Gatanga MP and 2013 presidential aspirant, saying he is only out to protect the interests of a few individuals.

"If he has the city at heart as he claims, why did he run for MP in a rural constituency?" he asked.

"Which part of his 2013 manifesto talked about Nairobi yet 60 per cent of GDP comes from here?"

In his criticism of the Nairobi government, Kenneth has cited issues including garbage collection problems, poor roads and clogged drainage systems.

"People are tired of Kidero and that is a fact. We can’t remember anything he has done in the last four years. Even the situation on the ground will tell you that," Kenneth recently

"We don’t want Nairobi to be sugar-coated the way Mumias was.

When he left, the sugar mill collapsed...we are trying to salvage the city from Kidero so that it doesn't suffer the same fate."

But Kidero said this approach to matters was what made Kenneth "overrate" himself in the March 4, 2013 election.

"He even attacked the President and called him an ICC convict...hesaid Uhuru failed as Finance minister and deputy prime minister. What has changed now?" he asked.

Johnson Sakaja changed his mind and will go for the Senate.