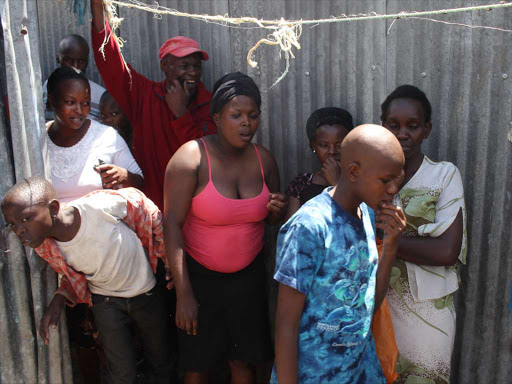 Residents of Mukuru Kwa Reuben slum in Nairobi view the scene where 8 youths were killed by police, April 20, 2016. /COLLINS KWEYU

Police commanders are to blame for the pervasive cases of extrajudicial killings in the country, IPOA said on Monday.

The police watchdog said the leaders have failed to take steps to comprehend the strict provisions of the law regarding use of firearms and lethal force.

Independent Policing Oversight Authority (IPOA) said officers must work within the confines of the Constitution and the National Police Service Act.

Dennis Oketch, IPOA head of communications, said they are probing cases of enforced disappearances and other forms of rights abuses by officers.

"The authority has 391 cases whose investigations are ongoing with another 677 that are yet to be looked into," Oketch said on Tuesday.

"67 cases have been forwarded to the Director of Public Prosecutions while there are 47 others which are active in court," he said, urging for the training of police officers.

This came a day after the Star reported on increased police executions of suspects especially in informal settlements, Coast and Northern Kenya.

IPOA said those found culpable of the said violations will be held to account.

The authority said complaints received over killings at informal settlements have been investigated.

"However, families of victims may get frustrated due to long period that some investigations take," Oketch said.

"Some of the complaints from the slums are valid while others turn out to be false," the official said.

He said lack of evidence has in some cases hampered probe on the said killings, therefore defeats the purpose of the complaint.

Oketch said the authority treats all complainants equally and seeks justice for all through independent and fair investigations.

"Since its inception, IPOA has received 8,232 cases of which it has completed 465 investigations," he said.

As at December 31, 2016, 24 per cent of cases were of deaths arising from out of police action or inaction.

Some 26 per cent were of police brutality and assaults causing serious injuries.

Harassment, intimidation extortion arbitrary arrests and corruption made up for 17 per cent of the cases.