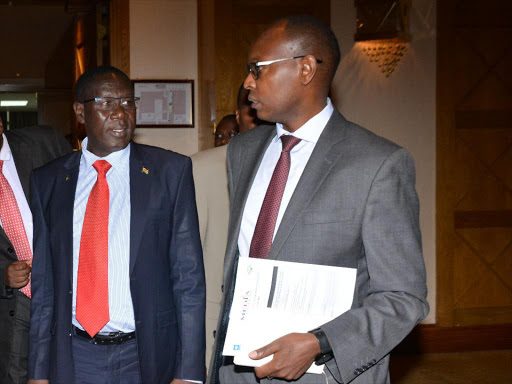 The Media Council of Kenya has said it is not possible to provide coverage for all political rallies as directed by the Communication Authority of Kenya.

He urged the communication regulator to allow individual media houses make their own judgement on what they think is worth covering during the polls.

Kerich said the public broadcaster, in this case, KBC, for the virtue of being financed by taxpayers, has the capacity to provide coverage to all politicians.

"I wonder how CA will make this law practical. The directive on equitable coverage may not apply," he said at Hotel Intercontinental, Nairobi on Tuesday.

This was during the launch of MCK's election reporting guidelines.

But Kerich said: "There are candidates who have registered parties but are dormant."

He said that media should not be blamed for the 2007/8 post-election violence, citing that media houses only reported events as they happened.

"It was unfair to blame journalists for what transpired," Kerich said.

"Even ahead of the August polls, don't expect media to stop playing their agenda-setting role," the MCK boss said.

He challenged concerned state players to ensure that they conduct a credible election for peace to prevail.

"IEBC should strive to deliver an acceptable poll to the over 42 Kenyans," Kerich said.