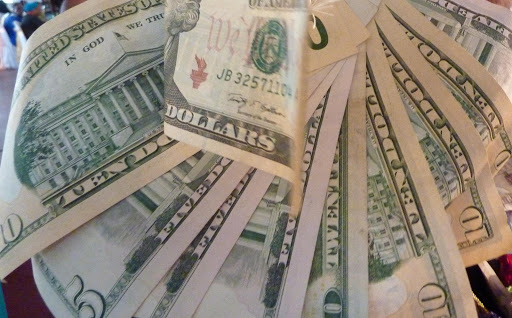 "Swaka is described in the letter, also seen by the Star, as a former SPLA officer and fugitive in Kenya who stole more than $10 million." /FILE

has reported tracing its missing Sh1.03 billion to accounts at

These are linked to

former SPLA Deputy Chief of Staff in charge of logistics, and his kin Fueni Cirillo.

statement seen by the Star shows transactions on the money after it was reported missing from the South Sudan government this month.

A letter dated February 9 shows that

Renish Omullo, a special envoy in charge of Germany international and regional affairs,

to trace and return the cash which was transacted in US dollars.

Swaka is described in the letter, also seen by the Star, as a former SPLA officer

and fugitive in Kenya who stole more

"This office is under instructions from the Office of the President, Government of South Sudan to kindly request you to facilitate a freeze of these accounts

"However this letter has not gone through our embassy in Nairobi because of the sensitivity of the matter and conflict of interest at the embassy."

Renish said the money had already been secured and would be rerouted back to South Sudan.

Reached for comment, Ecobank said in a statement: "We do not have such an account, neither do we have an official request on the same."

not immediately available for comment while officials at the Foreign Affairs ministry referred the Star to the Interior ministry.

In his resignation, Gen Swaka accused President Salva Kiir and SPLA leaders of abuses and pushing the tribal agenda in the country.

He becomes the second highest-ranking officer to resign after Gen Bapiny Monytuil since clashes erupted between government soldiers and opposition fighters in July 2016.

A report revealed in September last year that South Sudan's political and military elite had siphoned money from their country and bought expensive assets in Nairobi and other capitals within East Africa.

Among the many details outlined in the report are pictures of luxury villas, said to be owned by politicians and generals in Kenya, Uganda, Ethiopia and Australia.