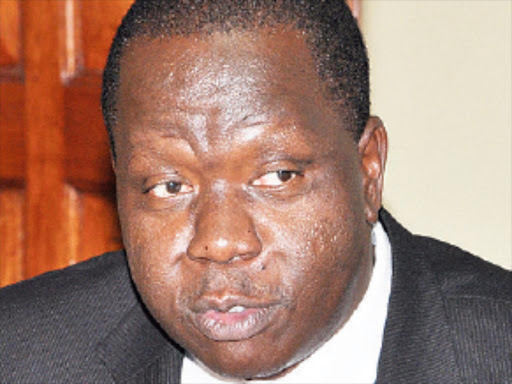 Implementation of the new school curriculum starts with a pilot project in May for nursery and lower primary school pupils in more than 450 schools.

The anticipated full rollout for the same levels is January 2018.

But the cost of implementation and cash available has not been revealed.

Education CS Fred Matiang’i (pictured) on Monday said, “the government has set aside cash to support the process”.

“The funds are available as they have been allocated in both the current and next budgets.”

He, however, did not state the exact amount that will be spent. It is funded by the government and development partners.

Kenya Institute of Curriculum Development CEO Julius Jwan could not also state the amount that will be spent on the process.

Speaking on local television, Jwan said the Ministry of Education is well placed to answer the question on cost. “But I am sure with all that the ministry has allocated in its budget it should be able to complete the curriculum review process,” he said.

The issue of cost comes at a time when stakeholders questioned the failure to commence teacher training in 2016 so that curriculum piloting could start in January 2017.

Knut secretary general Wilson Sossion said, “It would have been good to start the piloting in January 2018 for it to take advantage of the entire school calendar,” Sossion said.

Kenya Institute of Education former director Dr Gilbert Oluoch said while the new curriculum review is the right track, he also warned that it would require adequate funding to make it work.