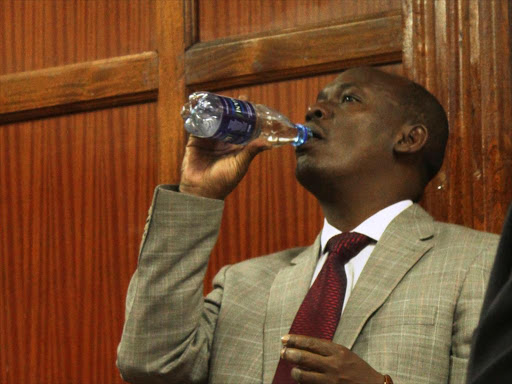 A court has absolved Kiambu Governor William Kabogo of involvement in

Kabogo was absolved on Friday after Migori principal magistrate Peter Ndwiga said the evidence against him was insufficient.

"The death was not a homicide," Ndiwga said, adding Kabogo was not at the scene when Keino's body was found.

Two witnesses - Scolastica Kamemba and caretaker Charles Macharia - had claimed Kabogo was involved in the murder.

had ordered a public inquest into the student's death after police failed to link any suspect to it.

Keino’s body was found on Waiyaki Way on June 17, 2011, a few hours after she had attended a party hosted by Kabogo.

In his testimony, Kabogo denied assaulting Keino saying he did not understand why the allegations were made and that they were