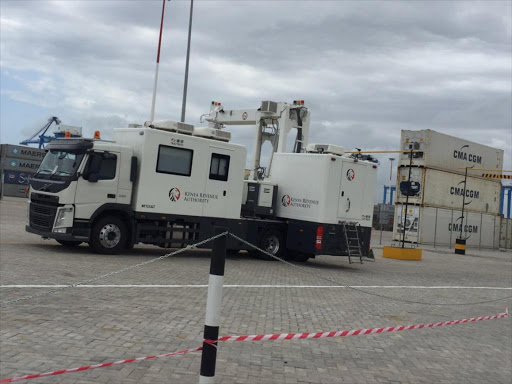 KRA has acquired state-of-the-art movable scanner which will help in the .

The unregistered lorry was spotted parked at the yet to be launched multibillion 2nd container terminal at the Port of Mombasa.

President Uhuru Kenyatta and other top government officials will be launching the facility on Saturday.

Acquiring of the new movable scanner comes after the Kenya Ports Authority, Kenya Revenue Authority, Police and other stakeholders were accused of colluding in massive cargo diversion and evading taxes.

Efforts made by The Star to ascertain the country of origin and the cost of the scanner were futile.

Yusuf said the details of the new scanners will be issued tomorrow during the launch.

"We have acquired a new scanner and the whole report will be issued tomorrow including the ones in existence,"she said.