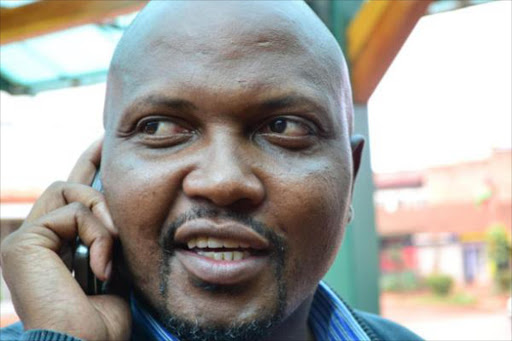 He said the three people, who died during confrontations with the officers breaking the protesters, showed that the 'shooting skills of the police is questionable'.

"I really wish more died. The shooting skills of our police is questionable," Kuria said on his Facebook page on Wednesday.

Three people after the police used live bullets to disperse rowdy youth from protesting in Kisumu and Siaya counties.

"It is time Cord asks the four dead fools from Siaya and Kisumu to wake up and go home. If the cops are acting up lets end the morgue drama too," he said.

NCIC chairman Francis Ole Kaparo said the commission will look into the matter and investigate the utterances.

"We will investigate and if we find out that it is Kuria who posted the content, he will be apprehended," Kaparo told the star on Wednesday.

"If it is not him, we will search for the person who posted the item and apprehend him or her," he said.

Kuria has in the recent past been arrested for his incitement remarks and arraigned in court for various hate speech utterances.

On February 9, the High Court in a hate speech case to Sh10 million, over persistent remarks.

Justice Luka Kimaru granted the MP an alternative Sh3 million cash bail, up from Sh1 million, in a ruling.

Kimaru warned Kuria against issuing other hate remarks saying his bond will be cancelled and that he will be remanded until his cases are heard if he does not oblige.

In 2014, he was charged with incitement to violence and ethnic hatred but was released on a Sh2 million cash bail.

He denied making statements that amount to ethnic hatred and incitement to violence saying he was misquoted.