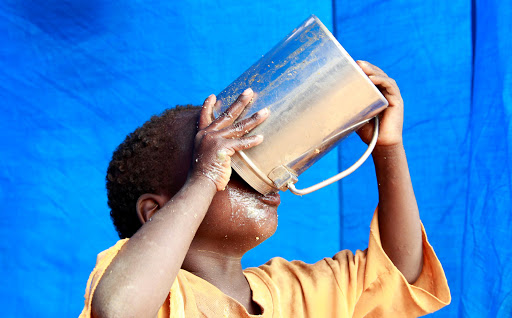 A newly arrived refugee child drinks inside their tent in Baley settlement near the Ifo extension refugee camp in Dadaab, near the Kenya-Somalia border, in Garissa County, Kenya July 27, 2011.

The government has set aside Sh1 billion for the repatriation of refugees from the Dadaab camp ahead of its closure.

Interior CS Joseph Nkaissery said the refugees at the camp, being closed for security and economic reasons, will have to go home by end of this year.

“It would be inexcusable for the government to overlook its primary constitutional responsibility to protect her citizens and their property,” Nkaissery told a press conference in Nairobi on Wednesday.

“The camp has become a hosting ground for al Shabaab and a centre for smuggling contraband, besides illicit weapons proliferation."

He also said Kakuma camp will not be closed

as it poses no security threat.

Interior PS Karanja Kibicho earlier on Wednesday. He said it is only Dadaab camp that has remained a "source of headache" for Kenya; the camp has a terror cell and "thriving illicit trade".

Several local and international human rights organisations have asked Kenya not to carry out the repatriation to protect the rights of refugees.

But Nkaissery said: “It is important to note that Somalia is now safe, ready and willing to receive her citizens."

"Refugee camps are not permanent settlements, they are not migration centres, and yet this seems to be what refugee camps in Kenya have been turned into."

Kenya has been hosting refuges from countries including Uganda, Ethiopia, Burundi, DRC, South Sudan and Somalia. The country has been home to more than 600,000 refugees for more than 25 years.

“As a country we have been glad to help our neighbours and all those in need, sometimes at the expense of our security. But there comes a time when we must think primarily about the security of our people,” he said.

the decision to close the camps was reached in line with a tripartite agreement among Kenya, Somalia and the UNHCR, signed in November 2013.

Poaching, human trafficking and proliferation of illicit weapons are some of the issues that the government wants to fight by closing the camps.

The CS said the Westgate Shopping Mall, Garissa University and the Lamu terrorist attacks were planned at the camp.

"The government has gazetted a taskforce on repatriation of refugees. We expect a report from the team by May 31," he said.